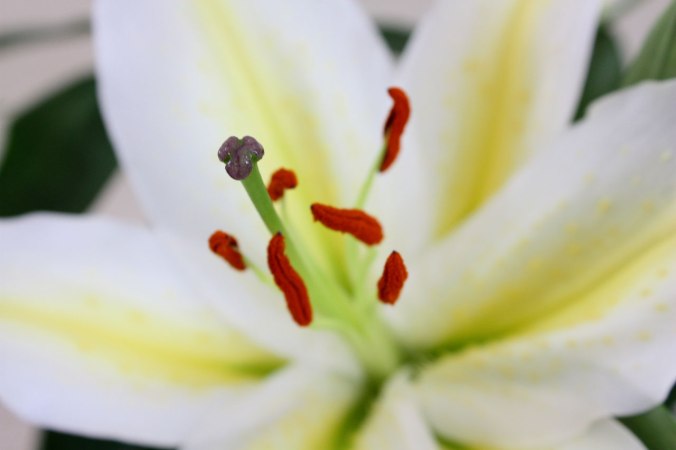 She wore a frown like an open wound; coming here to visit me had not been easy. I watched her frosted breath rise as she walked through the wrought iron gates. Huddled against the winter cold, she took slow measured strides up the long tarmac drive. In her arms, she cradled a slim package.

It had been a few months, I suppose, since I had last seen Amanda. But time had stood still for me since that day, like I was waiting in limbo. My last words to her had been spoken in anger. How I’ve wished that I could turn back the clock.
I was on a last warning and blew it. Big time. “You have one more drink and we’re finished.” Amanda’s words were a stark warning I should have heeded.
I don’t know how the argument started that night. Probably something trivial like which TV channel we should watch. But on that hot July night, it ignited another row.
I needed space to chill out, and get myself together. I told her I was going out for cigarettes; one bad habit I could control. “Come back in a better mood!” Her words were snatched away, as I slammed the door behind me.
As I drove past O’Malley’s, the warm lights were soft and welcoming. I tore my gaze away and drove on towards the Late Kabin. No point making a bad situation worse. I got my smokes, and as an afterthought, a bouquet of white flowers. How they keep them fresh on hot nights, I’ll never know.
Behind the counter, Mr Krishna looked over his half-rimmed spectacles and smiled a knowing smile. “Ah, Peace lilies again. Ideal for mending broken fences,” he paused, looking unusually serious, “and broken hearts.”
I gave him the money and a weak smile. “I don’t know what sort they are, they just look alright!”
As I settled back into my Ford, I began to develop an idea. I could have a couple of cokes at O’Malley’s and a few laughs with the lads. Home in an hour, before the flowers start to wilt. Then who knows, it could be my lucky night? Maybe, I should have bought chocolates as well…
A ‘couple of cokes’ – who was I kidding? After a few beers and whisky chasers, I was just getting into my stride. But then something happened. I don’t know what did it, but I kept thinking about Mr Krishna at the Kabin. Something in his eyes; something in what he said. It was almost like he knew it was more serious this time.
After drinking up, I said my goodbyes and left. That brief feeling of anxiety I had in the bar had already left me; after all, I hadn’t even been in there an hour. As my car pulled away from O’Malley’s I remember reaching to change the CD.
I didn’t see the car that hit me until it was too late. Brakes screaming, it ploughed straight into my door. I can still picture the pretty face of the woman driver, twisted in horror. My door caved in, pinning me to the seat. Then, thankfully, everything faded out.

Amanda came to visit me a few times while I was in hospital. But I could see that something had changed. She knew that I had been drinking, and the accident had been my fault. Fortunately, the other driver wasn’t physically injured, just badly shaken. I wish I could have apologised, but I never saw her again; it was all dealt with through insurance companies. Amanda’s visits became shorter and shorter. Then they stopped.
When I left hospital, after a couple of weeks, I didn’t return to Amanda. It was impossible; everything had changed.
Through these long months, I’ve wondered if she’d ever come to visit me. She was only a couple of miles away, but there was a great divide between us. I knew we wouldn’t get back together, but I needed to know she still cared. Then, just maybe, we could both move forward.

As she walked closer, I could see she had been crying. Her eyes were red and swollen. It was taking all of her strength to even be here. She stopped a few feet away from me and slowly unwrapped the package. I recognised the white flowers straight away. Ideal for mending broken fences and broken hearts. Amanda carefully arranged them in the vase, her fresh tears moistening the petals.
She leaned closer and whispered, “I’m so sorry, Paul. It was just too painful to visit. I felt somehow that it was my fault, like I had driven you away. If we hadn’t argued that night, we’d still be together. I really miss you, but somehow I’ve got to keep going. One day at a time.”
She knelt down again and her forefinger traced my name. ‘PAUL’. For the first time, I had the courage to read the rest of the inscription.
PAUL ROBERTS
1963 – 2003
TAKEN TOO SOON.
ALWAYS FORGIVEN,
NEVER FORGOTTEN.
I knew that somehow she could feel my presence, if only for a brief moment. I hoped it would give her the comfort she needed. As for me, the warm lights that beckoned weren’t from any pub or bar.
It was time for us both to move on.