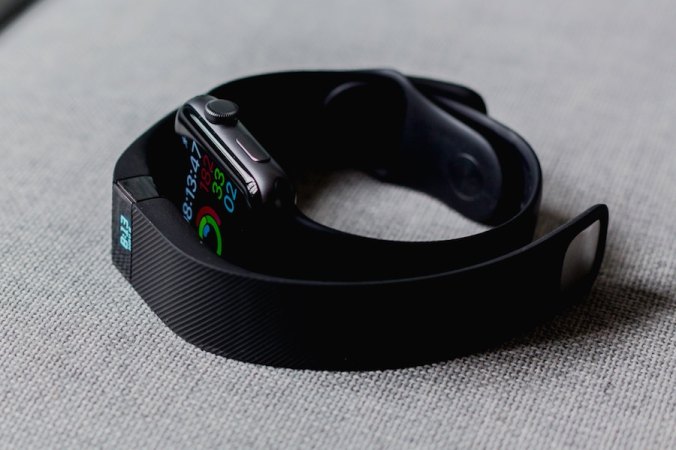 Photo by Andres Urena on Unsplash

On my previous post, ‘Want Success? Aim Lower!’, I wrote about how I re-engaged with my sadly forgotten fitness tracker, and by lowering my targets, I managed to succeed. I can happily report that my progress, for the most part, has continued. And if I have the odd bad day, I accept it and put my best foot forward.

I have since rediscovered the world of tracker stats. Delving into the accompanying app, there is a goldmine of health-related stats to pan out, should I get the urge. I looked at my sleep patterns (probably not getting enough), resting heart rate (dropped to respectable levels) and even started recording my water intake (increased due to buying a fruit-infuser water bottle).

And as a tracker is made for tracking, it’s great for looking at trends and patterns in your fitness journey.

But it also has another benefit. Whether you use the app or not, the  tracker helps you stay in the moment. Or at least to take one day at a time.

I’ve had good days when I’ve blown my targets out of the water. And bad ones where I’ve sunk without trace. But come midnight, everything resets to Zero. Without fail.

Every morning I wake up to a tracker empty of steps, but full of possibilities. How it plays out is down to me – I have to take responsibility for my own actions. Do I take a step in the right direction, or a turn for the worse?

And tomorrow, it all starts again – my results are washed clean. I’m up and walking. Today was the best day ever? Great, but soon those numbers will disappear. Yesterday was a washout? No matter, today can be better. I’m free to choose.

That’s not a bad prompt to get every morning. So many positives from such a small device.

If you’ve read the same books on “Positive Thinking” that I have, they make it sound so easy:

Or something along those lines. Is it working for you? No, me neither! Because we live in the real, physical world. And we need to act on our dreams, and move a little closer to them.

So, where to begin? If you feel that you’re not moving forward with your life, inspiration isn’t that easy to come by.  The good news is that motivation can come in one of two forms: positive – moving towards what you want, or negative – moving away from what you don’t want. And if ‘negative’ is closer to what you are feeling right now, that’s where to start. Tap into your negative feelings.

For instance, if you’re overweight and you don’t like the way it makes you feel, be honest about it to yourself. Say why you’d like to lose those pounds. I know we’re told to focus on the Positive, but if you’re not in that place, it’s easier said than done. So, begin the process from where you are. Later, once you’re motivated, you can switch to the positive, and focus on why you want to be healthy, rather than why you don’t like being overweight.

You may want to try this: 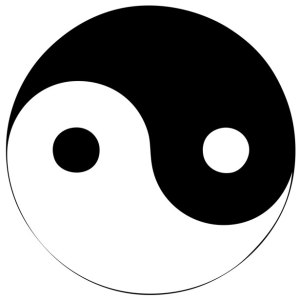 I’ve always found this to be an intriguing section in Kipling’s wonderful poem, “If”. He seems to be suggesting that we should do more than just dream and think – we should put our plans into action. But why does he say we should treat triumph and disaster just the same?

To me, one answer can be found in the Chinese concept of Yin-Yang. It describes how apparently opposite forces are actually interconnected and naturally dependent on each other. Night/day, male/female, hot/cold are just a few examples – complementary parts of the same system. They each can’t exist without the other. Like two sides of a coin.

You can’t experience failure without the seeds of success being present. An apparent victory will carry the potential for defeat. Consequently, attaching yourself too much to any extreme is to miss the big picture. Many of the most successful figures in history suffered huge setbacks in life before their triumphs. Winston Churchill and Abraham Lincoln being two such examples.

Equally, being too attached to success may lead to arrogance, conceit and resting on your laurels. Churchill himself said “Success is not final, failure is not fatal: it is the courage to continue that counts.”

Success is not final because once we have achieved our goal, we naturally reach for the next. Failure is not fatal, because it often leads to new perspectives or opportunities that otherwise wouldn’t have been considered.

If we’re less attached to an outcome, which will only be temporary anyway, we can be more focused on our self-development during the process. In that way, we are always moving forward, always gaining experience.

It’s great to have inspiring dreams, but most aren’t achieved overnight, if at all. How often do we reach a goal, and after the initial glow has worn off, find ourselves strangely unimpressed? I think it’s the sense of challenge, and the little victories along the way, that ultimately give us satisfaction.

It’s often the journey, and not the destination, that is the real prize.

Photo: Everyone has a Choice by George Hodan

We are our choices” Jean-Paul Sartre

Life seems very difficult, when so much of it appears to be beyond our control. Turn on the News and you see death, disaster and mayhem on a daily basis. Scary stuff. And there’s nothing we can do about it! Or is there?

There are three things that are always under our control, although we often forget it: our thoughts, feelings and actions. We always have a choice.

Of course we live in the real world, and sometimes compromises have to be made. And occasionally the best option is the “least worst” one. But you can always look for temporary solutions, while you move through a situation. You don’t have to get there in one leap.

Break your problem into smaller manageable chunks. First of all, clearly define your goal. What is your desired outcome? If you can’t see the whole path to the end result, develop a strategy to get you closer to where you want to be.

For instance, you may not like your job, but quitting it now may not be your best option:

This process can be used for any issue we experience. By staying solution-focused we allow ourselves access to our inner creativity. Instead of reacting to circumstances, far better to be proactive and make our own choices.