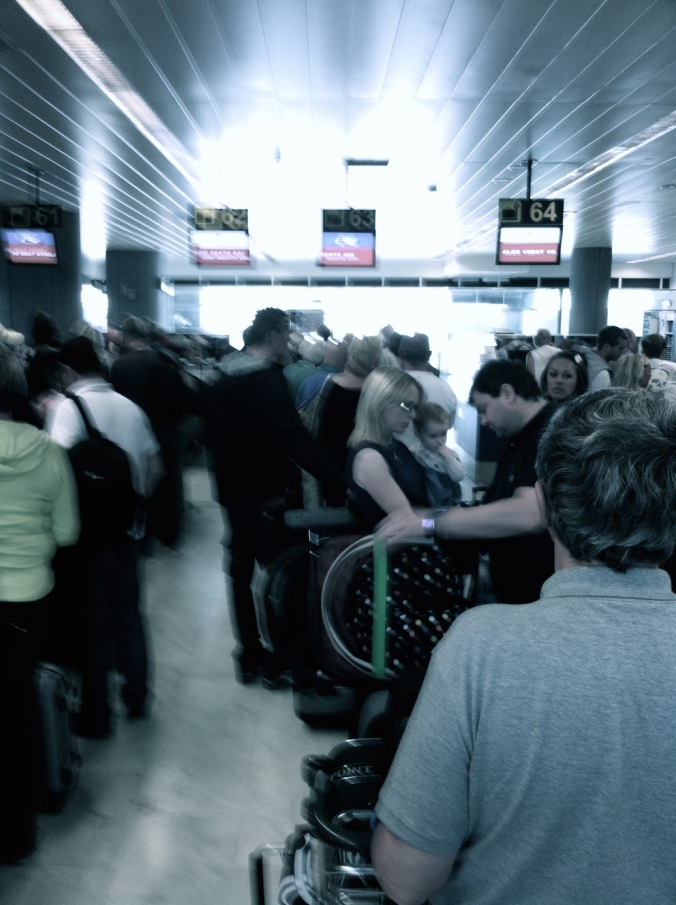 It was after I glanced at the Obituaries that I saw the black Toyota. A 4×4 with darkened windows, it came from the direction of the short-stay parking lot. The driver was doing his best to catch my attention and not being too discreet about it. Casually putting the paper down, I walked over and leaned through the open window of the passenger door.

A huge bear of a man, dressed in an Armani suit, gave me the once-over before he spoke. “You the English guy lookin’ for work?”
“Yeah that’s me.” I felt a little under-dressed in jeans and t-shirt, but I’d just stepped off the plane after a nine-hour flight. I guessed he wouldn’t mind.

He reached out his hand and crushed mine with a vice-like grip before speaking. “I’m Blake. Throw your gear in the back and climb aboard!”

We drove away from the huge airport at Fort Worth. After about an hour, we swung off the main highway, and soon found ourselves on a dusty track. He glanced at me from time to time, perhaps wondering if he should fill the silence. He took the easy way out and turned on the radio. Country music blasted through the car. He grinned as he shouted above the chorus. “You not a big fan of this music, Mister?” I paused awkwardly before answering. I didn’t want to upset my host just yet. “I’m not really a big fan of Country. But I do like the Eagles.”
“The Eagles ain’t Country!” I felt like I’d just insulted his religion. Maybe I had. His mouth creased into the beginnings of a smile. “Don’t worry about it, son.”

The dirt track snaked its way between sprawling areas of woodland. Despite the air-conditioning, and tinted windows, the fierce sun seemed to seep its way into the car. Occasionally, I felt a small trickle of cold sweat slide down my back. As he drove, Blake continually mopped at his brow. So it wasn’t just me feeling the heat.

After a while, we turned through an old, rusted gateway. A steep gravel track led to the cabin, concealed from view by the rise of the land. Hidden and remote, I could see why he had chosen it.
Blake pulled up close to the building. We walked to the door and he unlocked it.
“Everything you need is here. Plans, maps, photos. I’ve even stocked the fridge. No one even knows this place exists except me. Tomorrow I’ll drop you out of town where you can hire a car from a place that don’t ask too many questions. The job goes down, the day after. And I’ll have a watertight D.C. alibi.” He smiled. “Nice and neat, then you’re away to wherever.”
Blake stepped inside, and I followed. After unlocking a wall safe, he took out an attaché case. “You’ll find the money is all here, in used notes. And of course, here’s the pistol. It’s the model you requested – one hundred percent untraceable.”

He turned to face me and I swear, there were tears in his eyes. “I hope you understand that this is not personal, between me and my wife. It is purely business. My main holdings are losin’ heavily. Her investments are all on the rise. It’s just a matter of economics, son. Pure and simple.”
I nodded and gave him a friendly tap on the shoulder. “Tomorrow, then Blake.” A poor attempt at male bonding, but under the circumstances it was the best I could do. Watching him drive away, I almost felt a twinge of regret about the whole sorry affair.

I’m also familiar with economics and market forces myself. The same market forces that got me to negotiate with Blake’s wife. Blake was right about her financial position. She could afford to double his asking price. And she did.

A point blank shot to his head, and Blake would be left holding the gun. If anyone ever found him in his cabin, the unfortunate guy’s business accounts would tell their own story. One more boom and bust.

Poor Blake. I never did get to tell him my favourite Eagles’ song.

The photo and fiction were prompted by Word Snap Weekly, 22nd March 2015, hosted by Amanda Lakey at UniqueArtChic.com.