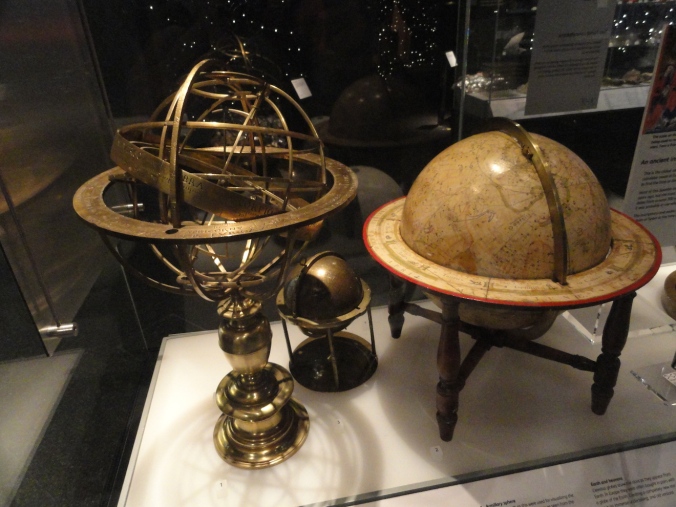 I am Gabriel. Until today I was the Curator of Antiquities at the Pyramid of Praise. The High Priest Council decided it was time for me to take retirement. I would have liked to stay longer, but they have someone more suitable in mind for the job. Someone a little more ‘trustworthy’, no doubt.

I’ll keep this brief as there isn’t much time. I have copied this document on a printing press machine. A piece of technology our world has not seen for centuries.

Look at the globes in this picture – hidden in a secret gallery – forbidden to ordinary eyes. THIS IS OUR WORLD, I ASSURE YOU. IT IS NOT FLAT!

Know this, the Old Race of man that made those globes had technologies that would stagger your mind. I have only seen a fraction of what they created. But I have discovered more…

The Old Race took control of the skies, and headed for the stars. That’s when things changed. There was a landing on the Red Planet, and much later they formed a colony. Eventually some of those people returned to Earth.

But they were not alone! People who look like us, but with stronger minds, came here not to assimilate, but to control.

Using Science disguised as magic, the ‘High Priests’, as they named themselves, quickly gained absolute control of this planet. Gradually they rolled back our knowledge, and forbade its use. To this day, they remain cowled and hidden in their pyramids. Yet they rule without dissent.

I know my retirement will be brief, and I will not be seen again. I have given copies of this document to trusted friends. Please read this and pass it on. Make and distribute copies if you can.

Good luck to you all.

The photo and story were prompted by Pixel Prose Challenge, November 23rd 2014, hosted by Amanda Lakey at UniqueArtChic.com. Click the logo for more details.

To view other posts in this challenge, click the link.